This museum was originally referred to as Enyumba ya Mayembe or House of Fetishes by the native Baganda people and the items exhibited there were alleged to grant mystical powers to the then colonial-administration. Later in 1954, this museum was transferred to its current site along Kira Road. It is a perfect place to explore the pre-colonial Uganda history, with impressive exhibits of the Bigo bya Mugenyi, Nakayima Tree and Ntusi in addition to other feature that made Uganda’s History.

Artifacts plus other assortments found in the Uganda Museum

In addition, the Uganda National Museum houses the Uganda Society’s library in one of its rooms. Established by a team of scholars in the 1930’s, the collection here includes about 3,000 volumes, photographs, maps and periodicals all related to the continent’s history, science, culture, travel and sociology. In addition to its collection, this library holds the East-African-Wildlife-Society’s books plus several books from this museum, which were handed over to the care of the society a number of years ago.

How to reach the Uganda Museum- Location

Following north of the Kampala-Bombo Road from the heart of the city, heading right at Wandegeya traffic lights to Hajji Kasule Road, journeying straight through and traversing the Mulago roundabout after 400 meter along Kiira Road, the museum can be accessed by Vehicle or by Foot. There is a clear signpost on the right that well shows the Museum just 600 meters from the Mulago roundabout. Minibuses operating from the new taxi park or old taxi park to Kamwokya will drop-off visitor approximately opposite of the entrance of the museum. Alternatively you can also get a taxi at along the Kampala-Bombo Road just north of the Burton street junction. 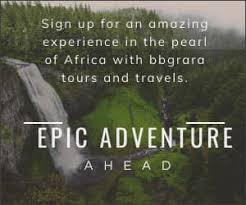